A Smile that matters the most…….

I am an atheist; whereas my dad is an ardent believer in god. Right from my board exams till the first day of my job he has been egging me to visit the temple. However it’s been more than a year for our marriage & we’ve been postponing the customary post marriage temple visiting activity. Every time mom & dad would broach the topic of visiting our family temple, we had an excuse ready. This time however they caught us unaware & since we were not prepared with any excuse, we fell straight into the temple trap!

Our village, Walye is situated in the mesmerizing greenery of Konkan. Situated in Ratnagiri around 7kms from the big town of Rajapur, Walye is a small village comprising a mere population of 700 people. Nestled in a dense green valley, with a river flowing through the village, Walye could definitely pass off as a beautiful movie set. 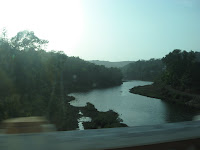 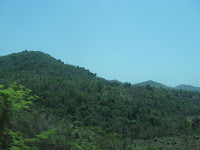 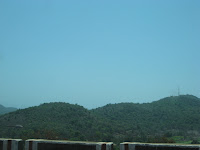 To get to Walye, we took the KSRTC bus to Kolhapur, where we joint our parents & uncle, Santosh kaka. The drive to Walye from Kolhapur takes around 4 hours through ghats of Gaganbawda. The drive was entertaining as we were discussing the legendary Tawade politics, the bickering within the family & in general back biting about the rest of the clan! 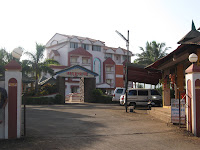 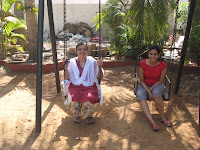 Santosh kaka had booked our accommodation with Madhuban Resorts on the outskirts of Walye. On reaching Madhuban, we freshened up & on dad’s strict instructions decked up in Indian attire & left for “The Temple Darshan”. We first visited our native goddess “Nina Devi” followed by a visit to Lord Shiva’s temple. We were accompanied by the senior most Tawade, Mr. Bhalchandra Tawade. Lunch was at our village home and since we were temple visiting, non veg was nowhere on the lunch menu. 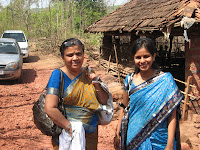 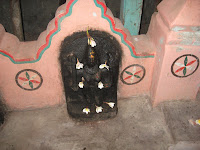 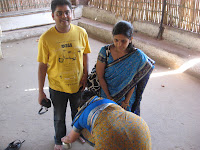 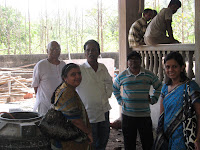 On mom’s demand we went to visit the goddess of Adhivere. It was interesting to learn about our history. Tawade’s were a brave & fearless clan, who were working for the great Maratha warrior – Shivaji Raje. Adhivere was the birth place of Tawades. On a fateful night, the enemy mercilessly killed the Tawades. Their wives, who were equally brave, went Sati with their husbands on the burning pyre. However, one of the ladies who was pregnant at that time wasn’t allowed to go Sati. She went on to give birth to 3 sons who later went & settled in 3 different villages, Walye being one of them. 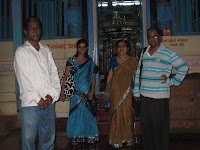 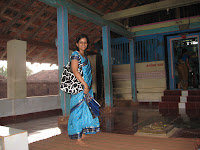 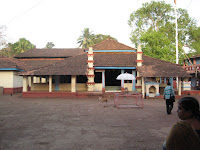 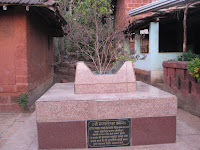 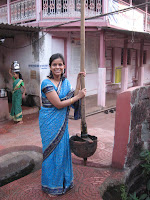 After an exhausting day, we just decided to have a quiet dinner and crash. I was lucky enough to relish some fried fish and prawns curry.

The next morning started with a typical Marathi breakfast of “Kanda Poha and Tea”. We then visited our under construction farm house situated just off the Bombay- Goa highway in the picturesque village of Kharepatan. Santosh kaka briefed us about his childhood memories at Kharepatan. We were very excited about the farm house and have already made plans to get our friends here in rainy season when Konkan is at its best. 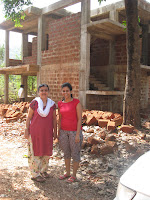 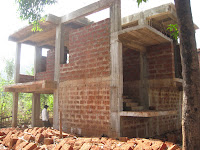 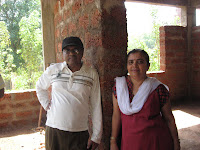 By then, it was time to bid adieu to Walye and Santosh kaka and leave for Kolhapur since we had our booking back to Bangalore on the same day. By this time we had actually started enjoying the trip and were in no mood to go back to Bangalore. The drive back to Kolhapur got dad talking & as usual we got our doses of tips on how we could lead our lives in an effective & simple manner.

In Kolhapur, we realized that the “Temple Darshan” tour had not yet ended. Mom & dad took us to Amba Devi Temple in Kolhapur. After a short & quick darshan we finally left for lunch. I finally got to eat mutton thali to my heart’s content & Priya got to shop the famous “Kolhapuri chapals” & “Thushi- the traditional Kolhapuri ornament”. 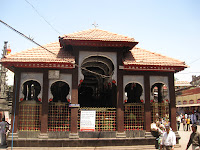 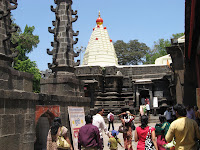 It was 6:00pm & our bus was due to leave for Bangalore. Mom & dad dropped us to the bus stop & with a heavy heart we parted ways. We don’t remember any of the temples we visited or the rituals which we performed. But we remember only one thing, mom & dad’s smile when we were performing the rituals & at that point of time we realized that it is our parent’s smile that matters the most to us. We always know that their blessings are with us. Thank you Mom and Dad……..