“Where there is love, there are always miracles”. This quote is so true for the wonderful couple “Suhas and Patsy” whom we visited at Yercaud. Several years ago, Suhas and Patsy decided to quit the materialistic life of Bangalore and shift to a peaceful hill station of Yercaud with a vision to dwell in an environment of unconditional love and spiritual values. Currently, Suhas owns a farm where he grows coffee, pepper and mangoes and runs GO2 Yercaud. Patsy, one of the world’s best cook, runs “Kitchen on call”. This blog is dedicated to this beautiful couple.


It was only the first week of May and Bangalore had already started getting much hotter than its normal temperatures. The City was caught in a heat wave, with the Met office recording a 27-year high of 37.6 degrees in April. To cool our selves we decided to visit Yercaud, a hill station near Salem, Tamil Nadu. However, we decided to club adventure with relaxation on this vacation. On Googling for adventure activities in Yercaud, GO2Yercaud.com caught our attention. They offered camping, trekking, etc which immediately excited both of us and we decided to visit them. We definitely knew, we were in for an amazing experience!!!

We started at 6.45AM from Bangalore. We took the Bangalore- Hosur-Salem route to reach Yercaud. It was about 250km from Bangalore and it took us around 6 hours to reach the lovely restored home of Suhas and Patsy called “Windermere”. On reaching, we were welcomed with pleasant smiles by Suhas, Patsy and a young family from Bangalore who were going to join us at the campsite. With a brief introduction, we were served with mouth watering traditional Manglorean food followed by Tiramisu, the most heavenly dessert on God’s earth. To be frank, I ate like a hungry monster!!!

We then headed to the campsite; a farmland owned by Suhas. Our first task was to setup the tents. Suhas meticulously explained the minute details involved in pitching the tent, right from judging the terrain conditions to direction in which peg should be inserted in order to firmly ground the tent. It was a quite a learning experience!! 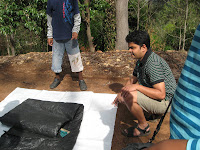 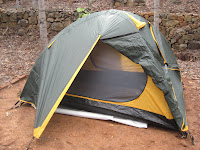 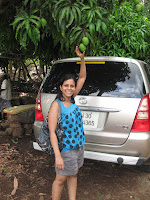 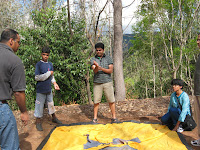 He also mentioned about bison’s coming during the night time to graze in his farmland, which scared the hell out of all of us!!! At that point, most of us had already planned to stay at the farmhouse rather than the campsite.

Afternoon, over the coffee and marble cake (one of the delicious cakes I have ever tasted in my life), Suhas shared some funny stories about the previous campouts, which got the group laughing. Evening was followed by a small walk through the coffee plantation to the “Faithhill” which gave a breathtaking panoramic view of the hidden valley of Yercaud, a well kept secret. Sitting on the hilltop, Suhas narrated his complete life story and also shared the secret in naming the hill as “Faithhill”………. A truly inspirational couple!!! 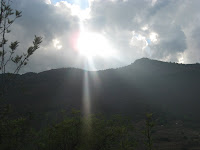 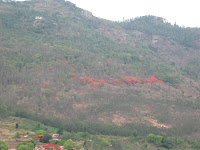 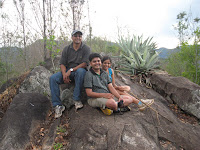 In the night, alongside the campfire we continued to bond as a group cracking jokes, sharing tales and relishing the delicious chicken prepared by Patsy….. There was a chocolate cake to top it off for the desert…..Under the cover of twinkling stars we went off to a peaceful sleep and woke up early with the chirps of the birds. For the first time in life, we realized mornings were better if they started early!!! 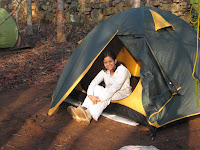 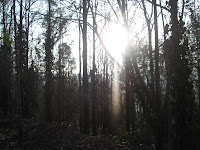 After a sumptuous breakfast, we left for a guided trek to discover the hills of Yercaud. On our way Suhas continued to educate on the birds, trees and flowers found in Yercaud and also incorporated games which added to the fun. We were also joined by another enthusiastic group from Chennai which made mission impossible trek a cheerful experience for Priya and me!!! 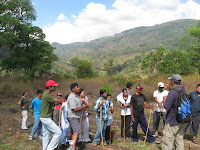 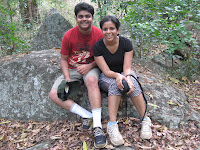 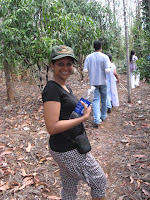 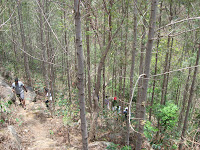 Patsy helped us recoup all our lost energy with yet another round of delicious meal. 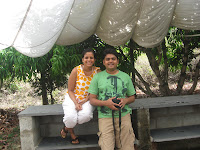 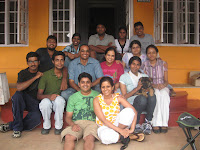 We only spent a day and half with Suhas & Patsy and they taught us everything that we need to know to create a love that lasts for a life time. In retrospect, we realized that one just need a dash of love and faith to realize once dream.

Thanks Suhas and Patsy for the wonderful weekend!!!